A Tale of Two Flights (and one challenging transition) Part I

It was the best of flights, it was the worst of transitions.   I’m not sure if everyone goes through this emotional experience when they leave the country, but when I was returning from Paris, and then when I was making sure I boarded the plane to return to the states, there was an apprehension I felt as the time came to go through the traveling process. 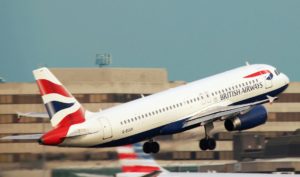 it was the fact that I’d had flights delayed on the way to England; maybe it was the unfamiliarity with the areas to which I’d traveled; maybe, especially in France, it was the lack of English being spoken; whatever the reasons, I can remember feeling a sense of relief on a couple of occasions when I neared my destinations.

The first one occurred on the way out of Nantes, France.   My time in Paris had been wonderful.  The backdrop of the visit was gorgeous scenery, very nice people, excellent transportation, and wonderful food and drink.  Even typing this, I miss Paris.  But when I was finished, I was finished.

Leaving Paris was fairly easy and relaxing, but I had a connecting flight to Nantes before I landed back in Manchester, and I wasn’t used to managing this.  So I landed in Nantes, not realizing I needed to check back through security because I was going from France to England, thus reentering England.  Not speaking French, and not knowing which was way up at the airport in Nantes, my challenge was figuring out how to get to my connecting flight.

Needless to say, connecting to the next flight was more difficult than I expected in the time that I had, which was about forty-five minutes.  When I could finally get directions, I could tell by the body language and tone of voice of the person directing me that I needed to hurry.  So I did.  So much so that I neglected a bottle of water that I’d brought on the flight, and was stopped by security.

I began to feel an apprehension that I could possibly be trapped in Nantes for the evening if I wasn’t very quick and attentive.  When I’d gotten through passport check and finally found my gate, the person that was attending it was just beginning to board passengers.  Her nervous look at my approach made me realize that I needn’t have been quite as rushed, and that possibly my apprehension had begun to edge into panic, but looking back, I suppose that sometimes it’s better to be safe than sorry.

When I began boarding, the passengers took a bus to the plane and boarded outside, which was very unlike any flying I’d done in the States.  After I was finally up the steps, I’ll never forget boarding the little plane and hearing, “Hello, welcome aboard,” in Northern English accents.   Somehow, the sound of English was soothing to my nerves, and even though I was only returning to my friends in England rather than the states, it was a wonderful flight back.  The hearing of my language itself somehow made me feel a sense of security and freedom, and somehow I felt like I was going back “home.”