A Tale of Two Flights (and one challenging transition) Part 2: Free

I wrote earlier about my flight from Nantes, France that gave me a sense of freedom hearing the English language.  Paris had been a relaxing, fun, adventurous place to visit, but I’d been ready to go back to where I was staying, so I felt relieved to be en route to Manchester.

On my final day in England, I was feeling much the same way as before leaving Paris, except the stakes were higher.  Going from Manchester to New York was a longer flight, and it was one I wanted to miss even less than from Nantes to Manchester. 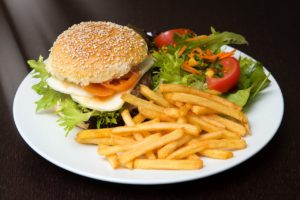 For me, staying in a foreign place reinforced the lack of control that exists in real life.  Normally, I feel a sense of control because I am familiar with either a process, such as traveling, or a place.

Both dealing with the unfamiliar and expecting the unexpected while traveling trained me not to lose my cool when timing didn’t happen as I’d hoped:

I decided I wanted freedom to travel where I wanted, so I got used to driving a right-sided steering wheel on a left-sided road; the off-highway roads were a lot smaller in England that here; I wasn’t used to roundabouts; I had a flat tire; when I needed trains, the unavailability of trains going where I wanted to forced me to find alternative routes; rain made walking more difficult with luggage; it was hard to know from which platform trains would depart; check-in for flights was unforgiving; I was always dealing in pounds or Euros instead of dollars;

That’s probably not an exhaustive list of unfamiliar or problematic issues, but it serves to give examples of challenges and hindrances.  One can make a plan, but depending on what comes up, the plan may need to be adjusted.

I’d planned to stay at the hotel at the airport to minimize travel problems.  It was a little pricey, but a strategic place to be for my sanity.  I was grateful I’d planned this because the day of my travel to the airport, transportation wasn’t working as planned and I had no savior if my incompetence overwhelmed my planning and thinking.   Giving myself a very wide time cushion allowed me to work through solutions and get to the airport the day before the flight.

The morning I left I was able to weigh my luggage, go through security several hours earlier than necessary, and be ready for my flight an hour in advance.  When boarding began and they began calling for people to ride buses to the plane, I was used to this type of system and it seemed unsurprising.  In fact, I was lucky enough to have an empty window seat beside me, so I had a little bit more elbow room.

The first thing I remember about arriving in New York was that I was about to step on American soil again.  I teared up a little, knowing I would see family again soon, knowing I’d made it safely, and knowing that I was born here, making me fortunate to be a citizen in probably the freest country on the planet.

Inside he terminal the arrivals lined up to have their passports checked, and though I’ve lived here all my life, a part of me was afraid something would go wrong with reentry.  But I made it past both passport checks easily, eventually found my luggage at the baggage claim, dropped it off at the flight connection access point, and then journeyed through one of my last security lines of the trip. After what seemed like a mile-like walk through JFK to find my final connection flight to Dallas Fort Worth, I stopped in a burger restaurant and soothed my brain with American accents as I nursed a drink waiting for my flight.